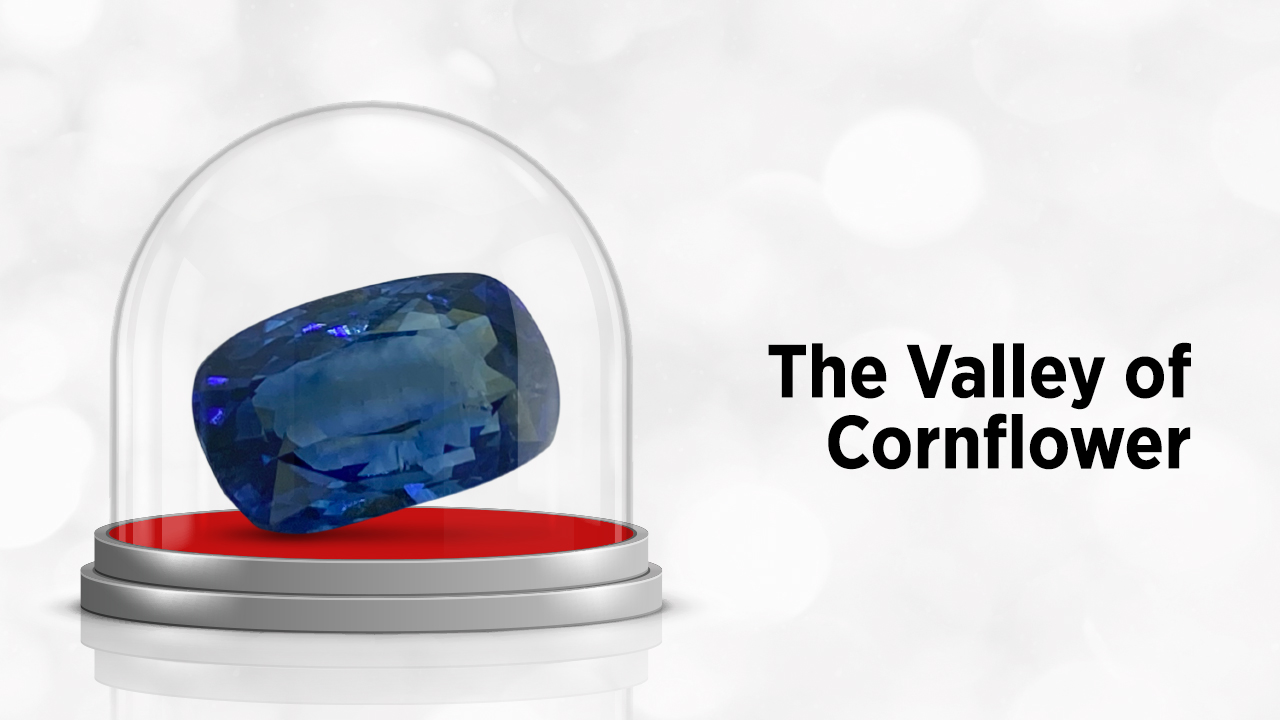 The Valley of Cornflower

Landslides. The word is enough. Life takes crazy twists and turns fear grips that a terrible thing could happen. When a tragedy hit—you can feel like it’s the end of your story, but that was not so, but it was a welcoming note that brought happiness, employment also revenue to the state exchequer but short-lived. The prospects of the gem became visible after a landslide at a remote valley in the Kashmir region that exposed its deposits of Kashmir sapphires which were first discovered and mined in the early 1880s. These deposits are of reputation in the gem industry. Unfortunately, the peak production from these mines was short-lived that began at the end of the nineteenth century and early twentieth centuries. Various reasons being the climate conditions, altitude of mines, isolation and wars that have made these scarcely mined gemstones extremely rare and very limited.

Kashmir Sapphire: – Amongst the glistering mountains in the highly rugged terrains of the great Himalayan Range as high as more than 4750 Mts above sea level, covered with perpetual snow and deep gorge’s beneath lies a remote valley near a tiny village of Somjam, the Padar valley, which is accessible by a fair-weather road and bridle path.

Kashmir Sapphire represents the finest, most desirable blue gem of a variety of the corundum family known to man. The brilliance exhibited by these sapphires is of rare quality and fetches the highest possible price per carat. Its deep blue colour with cornflower tinge, the silky sheen is due to the presence of rutile needles is its specific colour characteristic. The velvety touch of the mercurial colour resembling the neck of a peacock provides the only distinguishing feature of the stone from the rest of the world, much sought after due to its limited excavation only to reaffirm the legendary reputation of sapphires from Kashmir.

Sapphire has always held importance for royalty, a prized possession of emperors, queens and rockhound for thousands of years. Sapphires were assumed to protect them from those who avenged to harm them.

Although blue is the best-known sapphire the world over, they are valued highly for their vivid hue with violet shades. Besides, they are also found in shades like green, pink, yellow, purple, black and white.

How are colours formed in a sapphire?

A delicate balance of different minerals (trace elements) of the right, chemical combinations and specific conditions in the earth crust results in different colouration of sapphire.

The trace elements provide the hue to these gems.

Blue Sapphire gets its bright hue from trace elements of titanium and element Iron.

Yellow sapphires contain tiny traces of the element Iron that give them the warm golden hue.

Orange sapphires form from a mixture of iron and chromium.

Green sapphires range from teal to shades of yellowish-green, are created with varying levels of iron and titanium.

Purple sapphires are a combination of iron, chromium, and titanium.

Padparadscha is the pinkish-orange shade with the right mix of chromium and element Iron.

White sapphires are pure, colourless, an imitation of the diamond.

A very durable gem with a hardness of 9 on the Mohs scale, undoubtedly a Gem for your daily wear and birthstone for September.

For all born in September, enhance your collection from an assortment of fine jewellery pieces that reflects a heightened taste for sentimental and meaningful jewellery.  Available across our magnificent showroom or visit us online at https://www.ckcjewellers.com