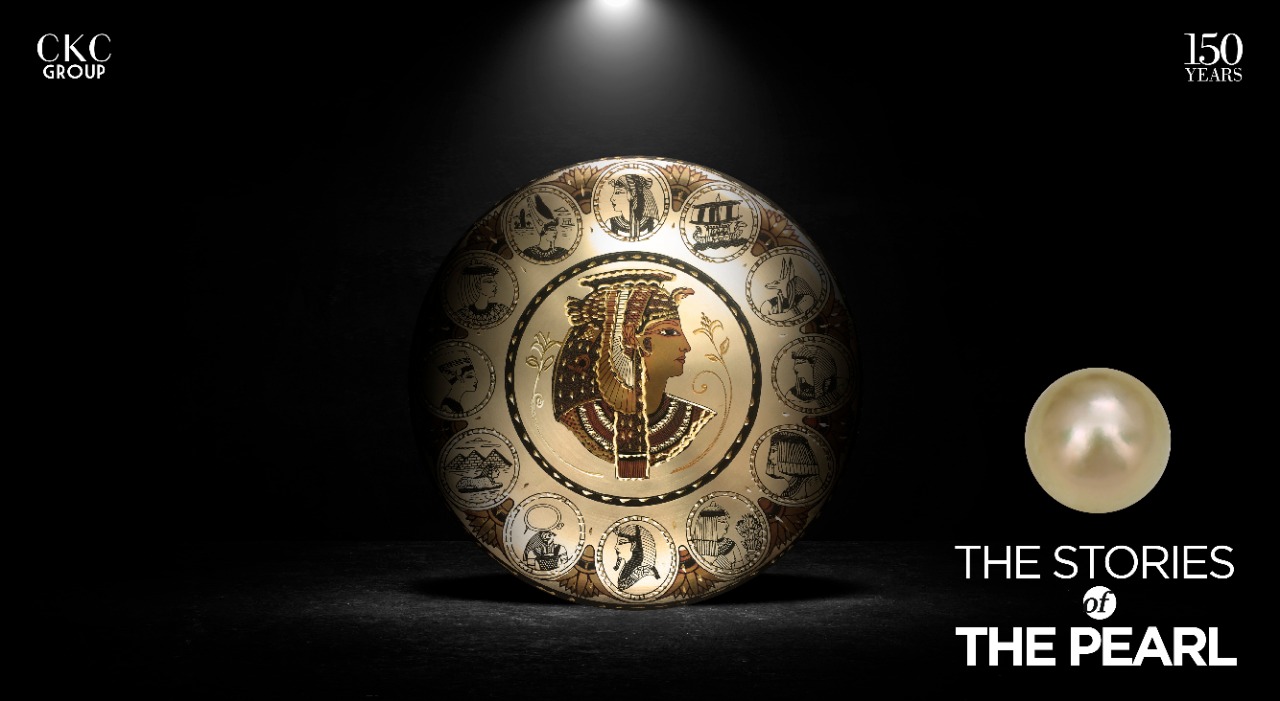 The Stories of the Pearl

As the luster of the pearl glistens against the skin, the heart falls in love.

Pearls certainly are a favorite.

From minimalists to jewellery-lovers – everybody loves wearing pearls. Whether it is a simple string of pearls across the neck, or gorgeous pearl drops dangling from the ears.,

The birthstone of May, Pearl is depictive of many things. Apart from being a symbol of utter perfection, it also signifies fertility and longer lives.

The origin of pearls is rather peculiar. As we wander deep within the oceans and the seas – that is where we shall find the pearl. It is believed, that when a foreign entity (like a sand grain) enters a mollusk, it reacts by secreting a special substance around it – for special protection. As the secretion continues to solidify; it forms the pearl. Amazing isn’t it?

While the legends surrounding the origins and wanderings of the pearl are less scientific, they certainly provide thoughts to ponder upon it. Let’s explore the stories of the pearl:

Adding a bit of drama and flair to the pearl story – the Chinese linked the origin of the pearls with mighty dragons!

It was thought that pearls formed in the head of dragons. Once the pearls became fully grown, they came to rest between the teeth of the dragon. If a person wanted to obtain the pearl, the only way to do so was by displaying valor, and slaying the dragon. The pearl came as a reward and achievement – a great one indeed.

As for how the pearls came to be found in the oceans and seas – it was thought that when the dragons fought in the skies, sometimes the pearls fell from their mouths and dropped into the oceans instead. The people who found them became the lucky owners of a real, dazzling pearl.

The Persians on the other hand, had another way to explain the formation of pearls.

They considered making pearls was out of our hands, or out of the control of anyone for that matter. It depended on the weather. Curious how?

It was thought that after a long storm, when the sky is illuminated by streaks of color and a gorgeous 7-hued rainbow, the meeting of the earth and the rainbow produced these ethereal pearls.

The numerous colors of pearls found – from stunning blacks to pure whites – were also courtesy of the rainbow. While the imperfections of the pearl, from its multiple shapes and sizes to variations within, were thought to be formed due to the lightening and thunder of the storm.

A peculiar story of Pearls indeed.

Cleopatra and the Curious Case of Dissolving Pearls

The ruler of Egypt, Cleopatra, perhaps one of the boldest and most beautiful women in history, also has a story of pearls to speak about.

It is thought that once she made a bet with Marco Antonio – her lover. She expressed she was going to host a meal, while shall not only be indicative of her wealth, but perhaps also the most expensive meal to have been hosted and devoured.

How did she manage to do that?

Cleopatra loved wearing jewels, and especially pearls. On the day of the meal, she asked her staff to get her a glass full of vinegar. Upon obtaining the glass, she took off one earring of hers – a pearl earring – and dropped it into the glass of vinegar.

The pearl dissolved, and she immediately drank the concoction – making the meal worth about 10 million sesterces and enabling Cleopatra to declare a win for her bet.

Yet, the story of Cleopatra shouldn’t make you think pearls can dissolve in vinegar. While the thought is possible, it will take weeks or days of being indulged in vinegar before the pearl can be completely dissolved.

The effect is certainly not as immediate as Cleopatra made it out to be.

Therefore, you can don your favorite pearl jewellery with ease of mind. Even if they fall accidentally in vinegar – they won’t dissolve in thin air (or in vinegar, in this case). You can easily pluck your jewels out, wipe them off, and flaunt them around.

Aphrodite and the String of Pearls

The glory of pearls also made its way to Greek mythology.

It is believed that Aphrodite, the Greek Goddess of Love and Beauty was born from the sea. As she emerged out of the sea, she was completely naked, and only had a string of pearls around her neck – signifying the sheer importance of pearls for the Gods.

Also, considering pearls are naturally found in water – the idea seemed plausible in the minds of the Greek.

Whether the myths and legends concerning Pearls hold and truth, or are a display of what the creativity of the mind can produce – it does not take away from the glory of a jewel like the Pearl.

Unlike any other jewel, the Pearl certainly holds a distinctive charm, making it stand out from other gemstones.

Love wearing pearls and wish to explore these legends for yourself? Visit C. Krishniah Chetty Group of Jewellers for a wide collection of breathtaking pearl jewellery.