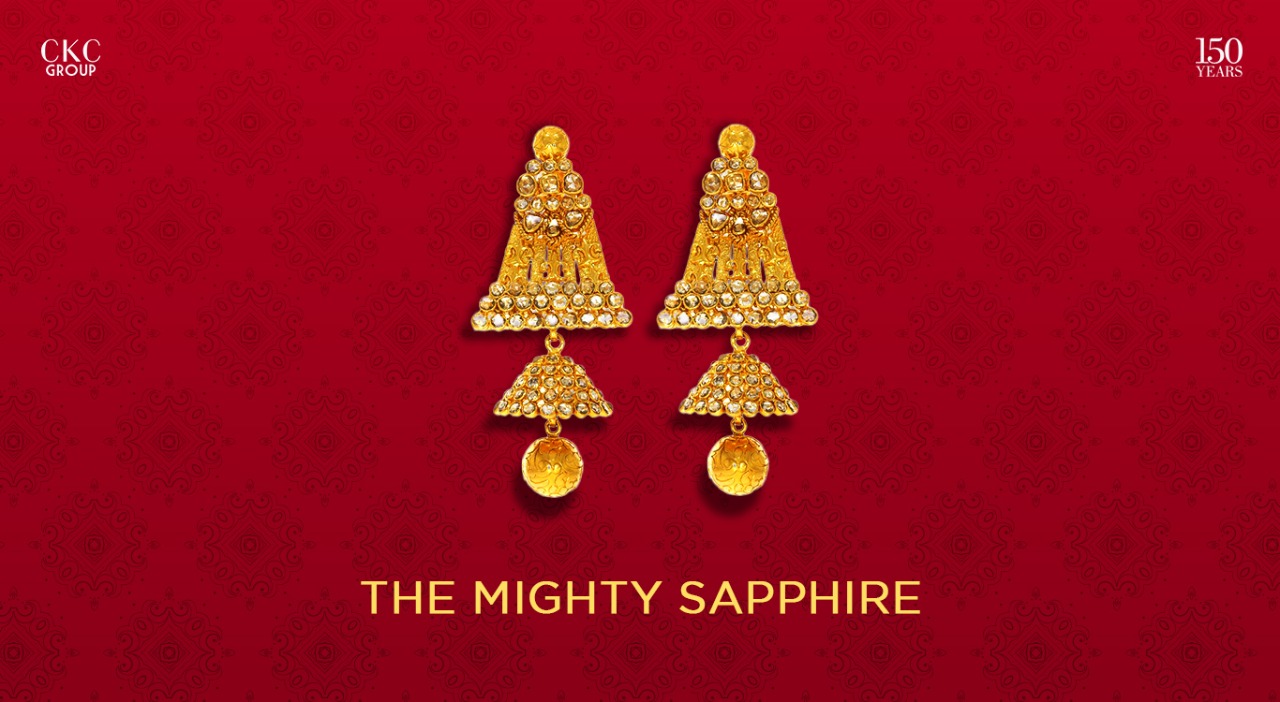 Whether you are fond of gemstone jewellery or not, everybody is aware of the 4 main gemstones:

A gorgeous gemstone indeed, the Sapphire is actually the birthstone for those born in December. Its name was derived from the Greek word “Sapheiros”, signifying Sapphire has firm roots in Greek mythology.

However, the derivation of the name of Sapphire is also contested. While Sapheiros means blue, in line with the colour of the stone, many believe the stone to be closely related with the planet Saturn. In fact, Sapphire can also be translated to “Dear to the Planet Saturn” in some dialects.

Regardless of its origins, there is no denying of the might of the Sapphire that has graced the skin of many royalty and celebrities, in the past and present alike.

When we picture the Sapphire gemstone, a gorgeous blue stone pops up in mind – but that need not be so.

Contrary to common thought, Sapphire is not necessarily blue. In fact, Sapphires come in a variety of colours including pink, green, yellow, orange, violet, and more!

For a colour guide to Sapphires – know that Sapphires can come in any and allcolours except for red. So, the next time you hope to purchase sapphire jewellery from C. Krishniah Chetty Group of Jewellers, classic sapphire and diamond drop earrings like these, aren’t your only option.

Instead, go for something new; go for a different sapphire hue – perhaps yellow!

Go traditional with the yellow sapphire presented in the form of classic gold drop earrings from the C. Krishniah Chetty Group of Jewellers’ collection.

Just like all other gemstones have associated myths, the Sapphire too has been a companion of the people of the past and has a variety of stories to tell.

The Stone for Deity

The Sapphire was often associated with religious properties.

The Buddhists believe the Sapphire to be a Stone for Deity. They thought it gave them the innate desire and motivation to pray and meditate.

For the Persians, the blue Sapphire was a catalyst for the blue skies. They thought that the ‘blue’ of this gemstone symbolized the heavens, and the reflection of the Blue Sapphire was what gave the skies its hue.

The Sapphire also holds immense importance in Christianity. It is thought to be a holy stone for the Catholic Church. Not only that, it is believed that the Decalogue (i.e. the 10 Commandments) were also written on slabs of Sapphire.

With its roots deep within Greek mythology, the Greeks often made connections between the Sapphire and God of Oracles: Apollo.

When visiting the Oracle, people would often wear the Sapphire to make better sense of the prophecies. Since the phrases could be jumbled, difficult to comprehend, as well as low in volume – it was thought that wearing the Sapphire drew upon the powers of the third eye, making prophecies clearer.

Fit for the Kings

A gemstone fit for royalty the Sapphire has been donned by medieval kings in the past. They believed it would protect them in the face of battles and enemies and help prolong their reign.

Yet, it was not only the royalty of the passed who were intrigued by the offerings of the Sapphire. Princess Diana was also given the Sapphire as her engagement ring – that has now been passed onto Catherine Middleton, the Duchess of Cambridge.

Providing refuge from enemies in battle wasn’t the only protective power of the Sapphire.

It was thought that this gemstone had powers to protect from entities unseen too – e.g. fraud, envy, and infidelity.

A common concept derived from these protective powers has made Sapphires a part of the attire of people involved in judicial cases. Those who especially are innocent and hope to prove it to the judge and jury, wear the Sapphire for its protective qualities.

Many gemstones have been thought to contain healing powers. The sapphire is one of them.

In earlier times, Sapphire was mushed and ground up in Persia and served as medicine against prolonged ailments, and possibly incurable diseases.

Some thought the Sapphire could be used as an antidote against poison, increasing the wearer’s strength and health. Others believed if the sapphire was engraved with a peculiar design – possibly a ram or a man’s body – it would become a stone that could cure any and all illnesses of the world!

With its varied hues and unique glow, the Sapphire is certainly a gemstone that sits mightily above many others.

Whether it be its healing powers or divine nature, there is no stone that stands in contest with this gorgeous one.

Therefore, if you wish to add the beauty of Sapphire to your list of jewellery items, head over to C. Krishniah Chetty Group of Jewellers, and take your pick in the wide variety of Sapphire jewellery.