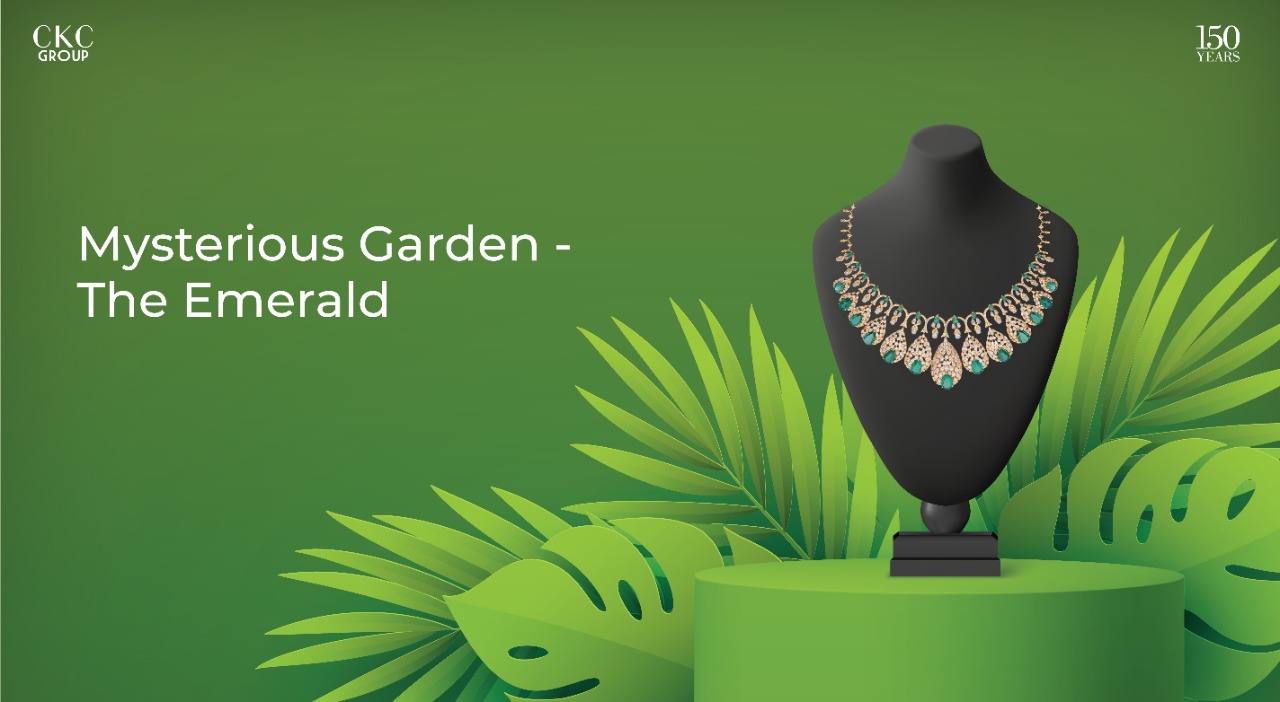 The very sight of emeralds inspires one’s imagination, stirs the senses, and offer endless miles of winding trails to enjoy walk through the woods any day of the year. The garden scene is incomplete until the light illuminates the shards of the garden floor as you peep into the windows of the gem.

A French term for these natural typical inclusions is called as “jardin” or “garden” because they can resemble moss or plant foliage.

Found inside these natural green gems are these inclusions resembling a garden, created by the mother nature. Every jardin is so unique that no two sets are the same. The ownership of these gems can be identified more through the inclusion present on the individual gems.

The diversity of colour that originates within the gem vary in intensity in shades of light green to dark green in majority of the cases. However, you may view a secondary colour that is either yellow like the autumn leaf or cool blue. The fascinating green colour is due to the presence of the trace element chromium.

The history of beryl with its exquisitely colourful varieties, especially emerald has a longest and wide usage in human destinies leaving its footprints of its imperial appearance since the discovery of the stone. It is believed that the Peruvians worshipped an emerald which was as enormous as an Ostrich’s egg. The beautiful Egyptian Queen Cleopatra is said to have engraved her portrait on an emerald. Emeralds rose to popularity by Queen Elizabeth Taylor and Queen Cleopatra.

In India, ever since its discovery the finest emeralds were imported by the Mughal Empire from Colombia via trade with the Portuguese. An extensive treasure was maintained in their wardrobe more than just an Emerald it is a symbol of its era and history of the Mughal Empire and C. Krishniah Chetty Group of Jewellers have been proudly associated with them in customizing their requirements.

Having a penchant with this eternal, everlasting and durable gem C. Krishniah Chetty Group of Jewellers have a ready pick from its well-stocked inventory with emeralds from the best mines of Colombia, Brazil and Zambia in all shapes and sizes that you need, either as unmounted gems or studded into a variety of jewels. For few clients with unusual request of gems our experts go to work to find the right match to fulfill their satisfaction of desire.

Reference in holy text and scriptures as one of the most influential minerals in the world has reaffirmed the power of the mercurial gem by their captivating characteristics both physical and astrological. To know more about your astrological birthstone get connect to the link https://www.ckcjewellers.com/astrology/astral for more information you may also call our us at +91 40001869 or log on to http://www.ckcjewellers.com