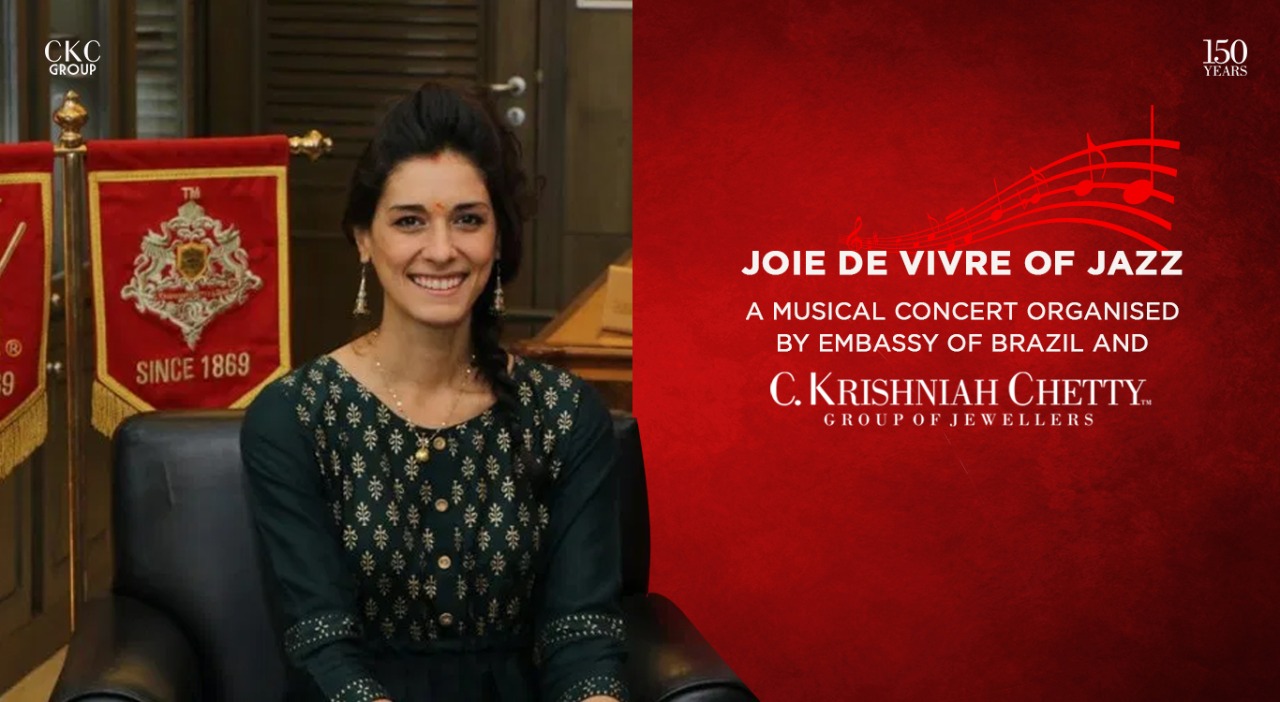 Bianca Gismonti was born in a family of musicians. At 15, she launched her musical career as an accompanist to her father, on various stages around the world for many years. In 2005 “Duo Gisbranco” (a piano duo with peer Claudia Castelo Branco) made its debut, having since recorded three albums and two DVDs, with allied musical partnerships with the likes of composer Chico César, cellist Jaques Morelembaum and singer Monica Salmaso. In 2013, Bianca launched her first self-authored album, “Sonhos de Nascimento” (Biscoito Fino label), with guest participation of percussionist Nana Vasconcellos, among others. After this record, she made international tours around Europe, Asia and South America. At the end of 2015 came her second album, named “Primeiro Céu” (Fina Flor label), having since established the trio formation besides her husband Julio Falavigna on drums (who also co-produced both albums) and Antonio Porto on bass. This record had special appearances by singer Jane Duboc and harmonica player José Staneck. All throughout, besides her own compositions, her fathers’ repertoire remained part and parcel of her soul, being somewhat always present during the performances.

To celebrate Egberto’s 70th Birthday, Bianca decided to put together a full set-list in his honour, with many of the compositions which became hallmarks of his career. Classics such as “Palhaço”, “Lôro”, “Água e Vinho” and “Maracatu” are in this new show which has been captivating audiences worldwide in 2018 as well as a homonymous CD to be released by Hunnia Records in 2019. In collaboration with the Embassy of Brazil and C. Krishniah Chetty Group of Jewellers, Bianca left the music lovers in Bangalore in a trance with her Brazilian Contemporary Jazz Concert.

How did you develop the love for music and jazz?

I’m from a family of musicians. My great grandfather was a composer and musician from Italy. I started learning early with my father and my brother. By the age of 15, I was already touring around the world. I have also studied classical music, jazz and music from Brazil. Music is like God to us. It’s completely devotional. It’s the way of love and connection with people, nature and everything else. It’s a very profound thing for us.

Even as a kid, you knew you’ll be turning your passion into profession?

I would say yes, as I wasn’t just studying music, but I was also performing professionally.

Who was your inspiration in your growing up days, besides your father, the pioneering Brazilian composer Egberto Gismonti?

There were many. In American jazz it was Keith Jarrett, the famous piano player. In India, it is Ustad Rashid Khan. But I have many inspirations across Brazil, Japan and Europe. I have toured across and met some of them, but not all.

What is your signature style?

In Brazil, it’s common to mix jazz, popular music and classical. Since I’ve studied all of it, I developed my style. As I’m from a family of composers, I began to compose my own music very early in life. When you create something of your own, you also create your own style of music and it keeps evolving and growing. It’s always developing. I began with my father, and then started creating music on my own. This India tour and our Jazz trio is based on my composition. We do play other compositions from Brazil, but I think, when you’re composing your own compositions, you’re discovering your true self. Each country has a different emotion and reaction. Bangaloreans took to our music very well. I’m always discovering. In Brazil, we have a lot of joy and I’m a very happy person. I’m also very devotional and emotional and music is everything for me.

You have your own music albums. Tell us something about that.

I have three albums. The first one came out in 2013 and the second one in 2015 and my third one was in 2018 and now I’m finishing my fourth album that will come out this year.

Also tell us about your tours across the world with your performances.

After India, I’m touring across Japan and Europe. Touring with our music is always great with a little adventure for us as musicians. Playing on the stage is just a small fraction of moving back and forth from different continents, getting ourselves psychologically, emotionally and spiritually connected with a different kind of audience and give our 100 %. We love travelling and our music is not limited by any borders. We have had specific experiences playing in Spain, Portugal in public squares for those who never heard of our music before to some of the most sought-after music spaces who love our music and the results have always been fantastic. We went to the Jazz Festival in Jaipur and then came to Bangalore. All the love that we get from everywhere really motivates us to keep going, otherwise it would be much easier to stay back home and do our concerts and recordings. We travel every year through, Asia, Japan, India and everywhere else. Our Facebook page has all our travel schedules, in case someone wants to follow our concerts. We are leaving to Kolkata from Bangalore and then Delhi. After that we’re going to Europe – Sicily, Italy, Spain, Germany, Hungary.

Do you take out time to explore the places where you visit for your performances?

We are lucky to have some really good friends across the world, so we always try to make some time to make visits to them and explore some places around. We are devotees of Sivananda in Rishikesh since many years. We have had an Indian connection and have been coming to India since three decades now. Infact, one of our spiritual gurus was from Bangalore – the Sringeri Mutt priest. My father also has two music teachers here – one of them is from Brindavan, Mysore. My father has had a long-standing partnership with the flute master Pandit Hariprasad Chaurasia.

How has spirituality affected your music?

The mind wants some focus. After taking the spiritual path, I’ve seen a lot of changes. Whatever God sends to you, you receive it gratefully and you’re thankful for everything. We are very simple people. We don’t go out to any parties or socialising. We like to live close to nature and cook at home. Even when we travel, we like taking hikes, visit temples and just walks in the parks, close to nature. Last time we went trekking up in the Himalayas. Since my dad and I are always travelling, performing and making music, we like to take out some me-time.

How did the association with C. Krishniah Chetty happen?

It started with the Embassy of Brazil, connecting me with CKC and that’s how I came down to Bangalore. The entire set that we performed in Bangalore was new and created only for the city. We created a mix of my compositions and some popular compositions. We have three to four different repertoires, depending on the venue, the place and the people, we decide which ones to pick, as some of them are more jazz oriented and some otherwise. The one in Bangalore was a blend of pure jazz and popular music.