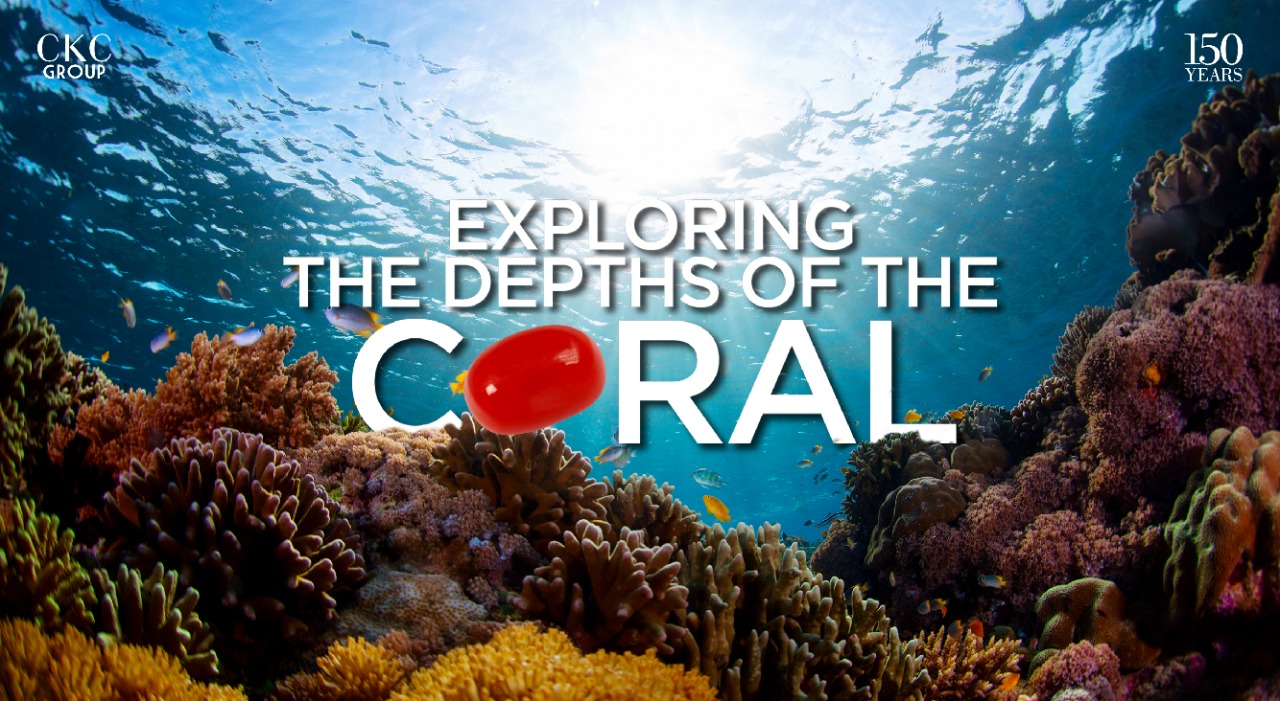 Exploring the Depths of the Coral

When someone thinks of the Coral, an image pops into mind; The reef under the sea – glistening with vibrant colors and marine life.

Yet, when a gemstone-lover thinks of the Coral – a different photograph spans the mind. A bright red gemstone. Translucent, with a matte finish.

One of the very few gemstones that are organically created, the Coral is produced under water, by tiny living organisms. These are the Coral Polyp, that continue to combine together and grow to form colonies. Eventually, these organisms die. However, their fused bodies turn into hardcore skeletons – thereupon becoming the gemstone Coral.

As the Coral was found in colours ranging from pinks to reds – the stone also became inspiration for the hue ‘Coral’.

A popular gemstone for very long, the use of the Coral in jewellery has been noted as far back as the Egyptian times. However, it was the Victorian era that gave Coral jewellery a mighty boost.

As C. Krishniah Chetty Group of Jewellers has been here for more than 150 years of delivering heritage-friendly jewelleryto Maharajas, Nizams, and more – we have been through the Coral jewellery popularity phase.

Let’s relive those times and bring back the magic of the Coral in our lives by learning a bit about them.

The Stone of Courage

Red is the color of love and passion, energy and courage – and that is exactly what the Coral represents too.

A wonderful stone, it is thought that the Red Coral not only energizes the wearer, but also takes away feelings of fear and anxiety. It takes away any nervousness, and instead instills courage and confidence in the wearer; boosting their self-esteem.

This means if you find yourself as an introvert, or simply don’t find it too easy to hold or explain your stance – the Red Coral is the one to don.

Wear it to your next job interview perhaps, in the form of classic gold stud earrings.

If you believe in lucky charms and magical objects, the Coral will immediately appeal to you as a powerful talisman.

From earlier times, it is thought that the Coral contains magical powers.

The gemstone can sense evil spirits and ward them off. Therefore, the children of the Romans were often made to wear necklaces of Corals to protect them from imminent danger.

Not only that, it can sense most dangers – even the relatively unforeseeable ones like hurricanes – and offer protection. In the 16th century, it was thought that the intensity of a natural calamity like a hurricane, can be reduced considerably simply with the stem of a coral!

Therefore, wearing the Coral is thought to offer protection in all its forms.

Adornment for the Gods

Religion and gemstones have gone hand-in-hand for a very long time. From emeralds to rubies, each stone has a different story to tell.

In a similar fashion, the Coral has also been important in the past and current times, with respect to religious ideology.

When tombs aged as old as the Iron Age were excavated and explored, coral jewellery was found within – expressing the importance Coral has accumulated since past times.

Thereupon the demand for Coral jewellery and ornaments spread far and wide – from the Roman to the Tibetans.

Today, this gemstone is held in special high regard among the Hindus and Chinese, who use its jewellery and decoration items as adornment and respect for their Gods.

The Gemstone of Mars

For ones who believe in the power of stars and horoscopes – the Coral is a famous gemstone. It is also called the Monga Mars, because it is the gemstone of the red plant: Mars.

Depictive of strength, courage, force, and determination, the gemstone should be worn by those who wish to harness Mars’ powers and become a better, and more confident version of themselves.

As Aparna in Indian Matchmaking wore a blue sapphire to turn her luck around – perhaps you need to wear a Coral and gold ring to turn around your life!

The Red Coral is not simply famous due to its beauty or historic importance. Instead, it is the little yet mighty things it stands for, that make it the perfect gemstone to don.

Thought to promote love and the sacred bond, wearing the Coral is considered beneficial in the longevity of a marriage. This makes the gemstone the MangalyaBalam – destined to strengthen and enhance the sacred bond.

However, this is not all that the stone does for the newly married. All of us are aware of the idea behind marriage of a Manglik and non Manglik. Fortunately, for those who believe in such things – the potentially disastrous marriage can be prevented by wearing the Red Coral. Being the gemstone of Mars, the Red Coral helps those going through ManglikDosha! Wear the stone proudly, and let it turn around your marital life. Perhaps a pair of classic gold and coral earrings is just what you need to change your life.

Whether you believe in the myths and stories surrounding the Red Coral or not, there is no doubt that the gemstone has been a favourite for many.

If you want to try any of its offerings for yourself, make your way to C. Krishniah Chetty Group of Jewellers for a look at a vast Coral jewellery collection.