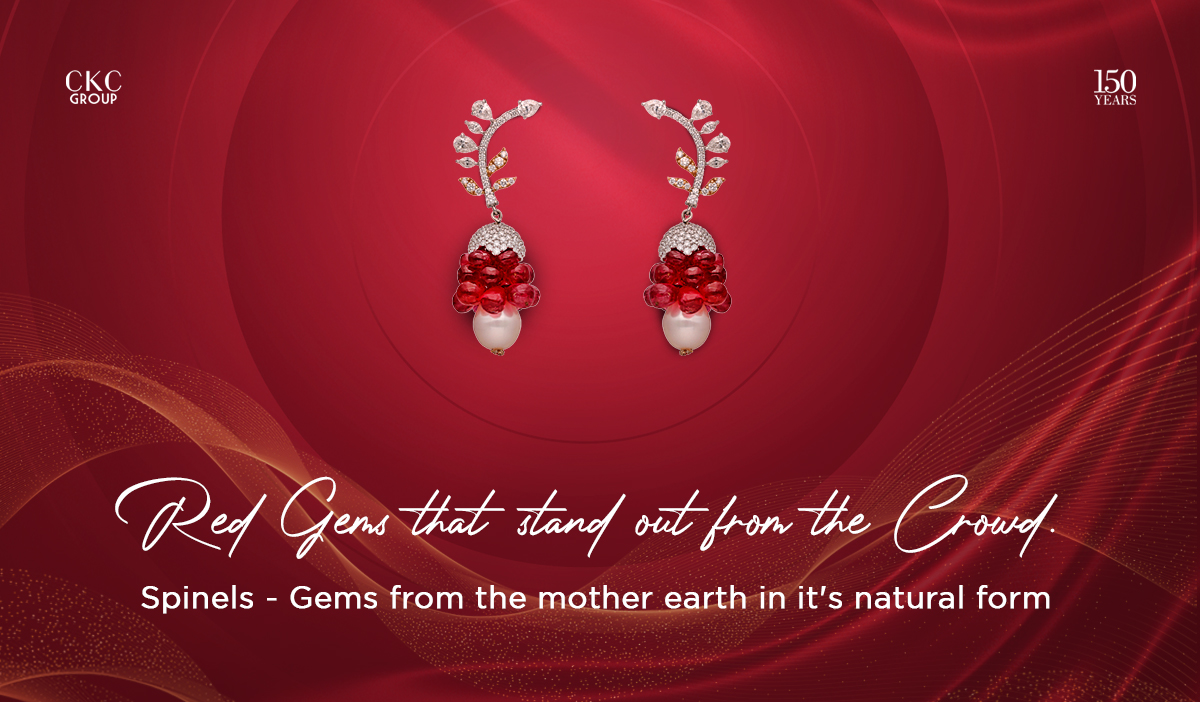 The Ultimate Decision on Spinel. 

When you think of the prettiest red stones on earth, what comes to your mind?

Of course. Rubies have been a favourite gem for centuries, but they go crazy expensive with higher colour and clarity. On the other hand, so-called balas rubies of top grades in comparison to rubies are much more affordable. Why?

Let me tell you that Balas- ruby is another name for the gem Spinel. These red gems that stand out from the crowd are spinel-rubies or Balas-rubies, which have similar physical properties to ruby. An excellent quality spinel and ruby look-alike, it “imitates” rubies but is usually less expensive. Only when you go deep beneath its skin do the gemological characteristics become evident. Spinels are like rubies and are extremely hard and durable for daily wear.

It was not until the 18th Century that mineralogists could identify spinel. With advanced technology and testing methods, spinels were identified as a different mineral altogether. Spinels are not referred to as rubies anymore. Most fine and large crystals were initially mined in southeast Asia and were called Balas-rubies. These Balas rubies passed through several kingdoms, with many emperors and kings collecting these rare large crystals, mistaking them for rubies to become a part of their crowned jewel. Many of such famous rubies were of late recognised as spinels.

These spinals are a favourite amongst all for their brilliant colours, sparkle and hardness. By and large, they are known for their beautiful rich reds. Like rubies, spinels appear in gorgeous pastel shades from light pink to purplish red to deep red. The finest spinels that originate in Myanmar are brighter even than rubies found there. The significant sources for spinels are Burma, now known as Myanmar, Sri Lanka, Vietnam, Thailand, Madagascar, Brazil, Australia and recent discoveries from Tanzania. A Blue shade known as Cobalt Spinel mined in Sri Lanka and Vietnam is also a rare find and colour.

Spinel with brilliant red is more valuable, followed by cobalt Blue, vivid pink, and orange. The shades of lavender are the most affordable of them all. True reds are unquestionably the rarest and most sought-after of all spinels.

This exciting gem spinel acquired a special status along with peridot and sardonyx as the newest member of the official birthstone list for August.

With fine spinel becoming incredibly rare and valuable, it is time to own a few of the creations of nature. At C. Krishniah Chetty Group of Jewellers, discover these spinels as an excellent alternative to rubies, studded beautifully into fine jewellery because they are hard, tough, durable and not as expensive as ruby and sapphire. These jewels should be a part of your jewellery wardrobe as it makes more sense and pride to wear something from mother earth in its natural form.

Spinels are faceted in various shapes or turned into beautiful beads and sold based on a price-per-carat- basis. Often found in cushions and ovals with few visible inclusions. C. Krishniah Chetty Group helps you find beautiful stones specially calibrated if required during your design consultation with our in-house designers.

One famous example is a 170-carat crimson red cabochon named “The Black Prince’s Ruby”, which was one of the famous largest rubies in the world and was identified to be a spinel in the imperial crown. Today this imperial crown is on display at the Tower of London along with the rest of the crowning jewels.