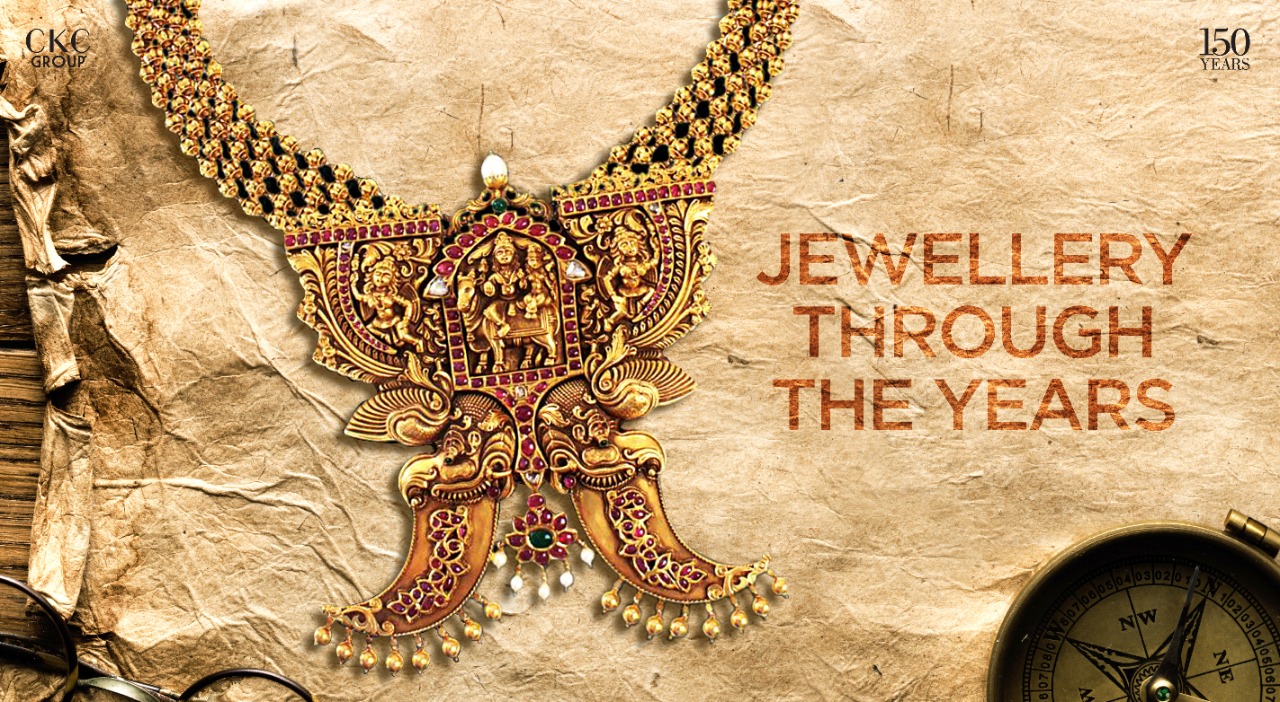 Jewellery Through the Years

From the Indian Subcontinent to becoming India, this country has a rich and vibrant history. As I glance through the history books and remain mesmerized by the pictures of historical personalities gracing the pages, my heart skips a beat as I see their jewellery; so different yet gorgeous, each era had its own unique style of jewels.

Let us take a trip down memory lane and see how jewellery in India has evolved throughout the years.

An ancient civilization of the Bronze Age, the remains of the Indus Valley Civilization were found in the 1900s. It was thought to be located in North-west India and what is now Pakistan. Known for its carefully designed infrastructure, the Indus Valley Civilization also came into the limelight after artifacts were found of some of the oldest forms of jewellery. What were these? Made of stones, shells, beads and strings, the jewellery designs were simple and not just vintage, but ancient, as we could call them.

They soon gave way to the usage of precious metals like Gold, and the jewellery that came forth thereafter, was one to be noted. From bangles to rings to brooches, the jewellery collection was vast. The gold necklaces were especially gorgeous, resembling the choker-styled gold necklaces of today.

If you want to relive the past with a fusion of current times, this classic gold necklace from CKC Jewellers reignites the flame of the Indus Valley Civilization with a twist.

Ruling the Indian subcontinent from the 16th to 19th century, the Mughal Empire began with Babur and ended with Bahadur Shah Zafar – displaying a glorious time period for the subcontinent. As I glance at the images of the era, the Maharanis and their gorgeous attires and jewellery stand out. From heavy shawls to angrakha-styled clothes, everything exclaimed royalty, and rightly so.

The essence of Mughal jewellery was their link with nature. From floral-inspired earrings to geometrical necklaces, the jewellery was surreal. Mughals also made use of a lot of emeralds in their jewellery. Considered “tears of the moon” by people of the Mughal court, the gemstones were thought to signify glory and elegance.

Wondering how you can bring back such royalty in the jewellery of today? Opt for the classic diamond stud earrings in the shape of a flower or grace your fingers with a timeless diamond ring displaying and emerald in all its glory.

From 1858 until the struggle for freedom in 1947, the Indian Subcontinent experienced the British Raj. What began as an influx of the East India Company transformed into colonial rule, and thus an intermingling of European and Indian cultures. The attires and jewellery seen thereafter, had a touch of modernity and minimalism.

With the British came the trend of wearing pearls – studs, drop earrings, or necklaces, you name it. Since I love drop earrings, my search for a pearl and diamond drop earring stopped at this beauty in the C. Krishniah Chetty Collection.

While the subcontinent gained some jewellery styles from the colonizers, they too grabbed some inspiration from local cultures. Inspired by flower patterns and motifs prevalent in Southern India. The multiple hues can be combined to form this gorgeous traditional pair of diamond bangles.

While the British may have left the Indian Subcontinent in 1947, the vast historic changes and its accompanying cultural influences have meant that the culture of India has evolved into a mix of traditionally Indian as well as foreign varieties.

Choker-styled necklaces from the Indus Valley Civilization, the love for emeralds from the Mughal empire, and pearls and minimalist jewellery from the British Raj have all combined together to form today’s fashionable Indian Jewellery.

What does this mean?

Let’s take an example: fusing the love for royal and grand jewellery from Mughal times to the pearls of British Raj has resulted in breathtaking neckpieces such as this classic gold and pearl necklace from CKC Jewellers.

Another adornment for your hands is this classic gold bracelet which combines the emerald and geometrical shape trends of the Mughal empire with strings of pearls at the back to signify the colonial times.

If you are wondering where the inspiration from the Indus valley Civilization is – this wedding gold brooch takes away your confusions. In line with the brooch styles of the time, it also incorporates the Mughal trend of emeralds to result in a royal multi-hued brooch.

If you see closely, its also got some pearls hanging at the end. Brings everything into perspective, doesn’t it? Evolution happens with everything – even jewellery, and India’s historic past with changing jewellery styles is proof.