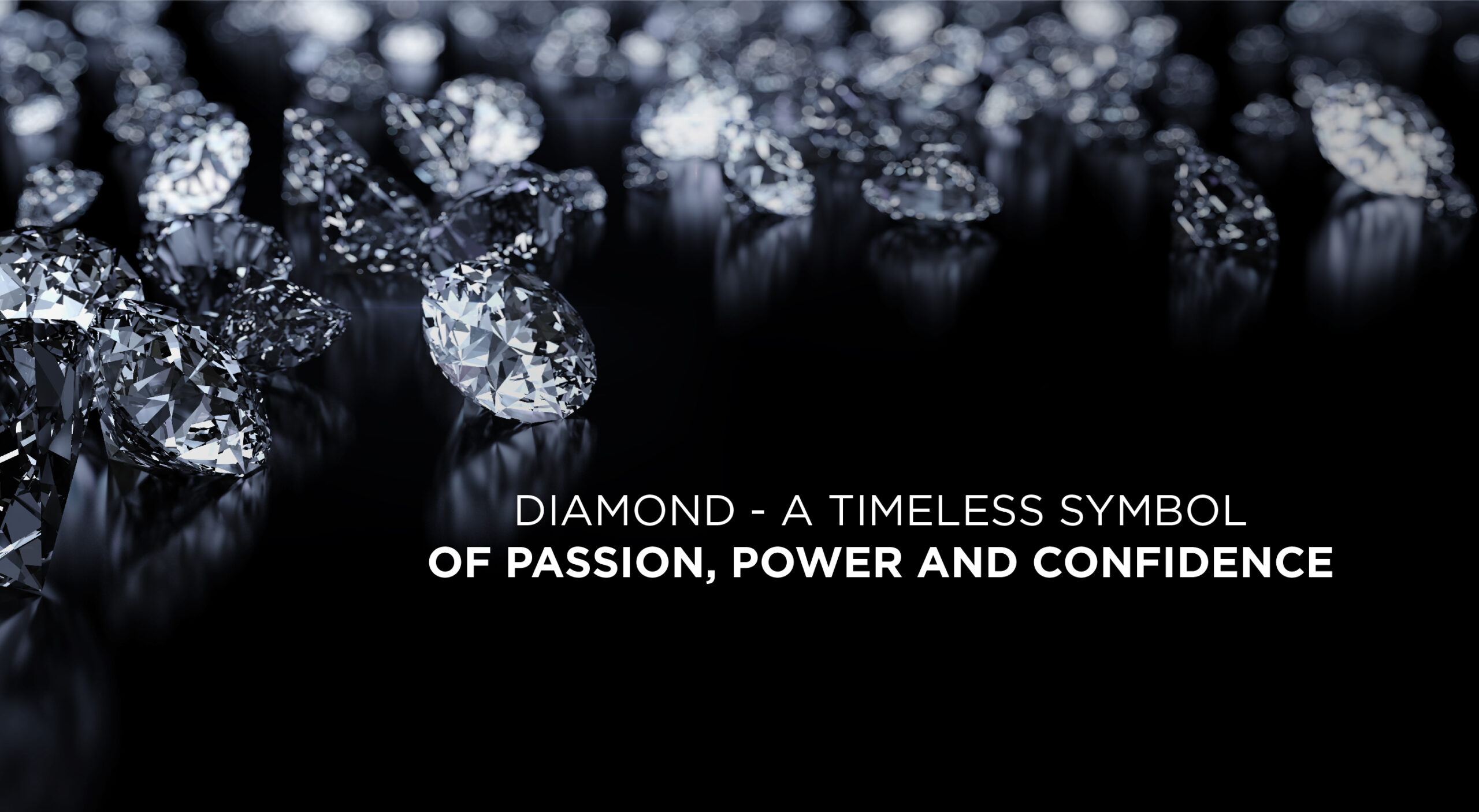 Diamond – A Timeless Symbol of Passion, Power and Confidence

For centuries, diamonds have held an unbridled allure for their purity and lustre – making them the undisputed kings of gemstones. Diamonds are made of carbon unlike other gemstones which are composites of carbon-silicates and metal dirt. The carbon in the diamond is naturally shaped in a cubic crystal structure, making it the hardest known natural substance in the world.

The ancient Greeks called the diamond adamas, meaning “unbreakable” or “invincible”. According to Greek mythology, the Greek gods adorned themselves with diamonds to magnify their powers. The headgear of the legendary hero of Greek mythology, Heracles’ was considered eternally powerful because of its diamond composition.

The Roman bards adopted this Greek tradition of diamonds in their poems describing it as the most powerful and strongest substance. Later, in medieval Europe, diamonds started to get popular among people, who associated this stone with power, strength, safety and eternal life. The practice of offering diamond rings at engagements dates back to ancient Rome.

It is believed that the first diamond was discovered 3000 years ago in India, and Indians considered diamonds as religious icons. Diamonds have been found in various parts of the world ever since. In 6th century AD, diamonds were found in Borneo, an island near Australia. Later, in 17th century, diamonds were sourced from Brazil. And in 1800’s, South Africa was renowned for their large diamond supply. Australia is a great source of diamonds since the 1970’s.

The king of gems

Perfect in structure, fabulous in beauty, a diamond is described as the “King of gems”. But what do diamonds symbolize? They are a reflection of timeless love, purity, strength of passion, power and confidence. This apart, there has been a belief reinforced over time, that a diamond possesses spiritual powers with its indomitable hardness making it the stone of invincibility. It is believed to bring in victory, great power, strength of mind and courage to the one who wears it. It is also known to bestow fearlessness, courage and good luck, protecting the wearer.

A diamond can be cut into over 50 different shapes including round, rectangular Emerald, triangular Trillion, the sharp-pointed square Princess, Oval, Pear, Marquise, Radiant, Asscher, Baguette, Briollette and various other special shapes – unique and beautiful.

Diamonds at C. Krishniah Chetty are primarily mined in Botswana, South Africa, Russia, Canada and Australia. These are cut to our specifications in Botswana, India, China, Russia, Thailand, USA, Belgium, Canada or Israel. We select diamonds only if they meet the exacting standards set by the C. Krishniah Chetty Group of Jewellers for quality, colour, clarity, proportions, finish and symmetry.

If you are a believer, you could contact our in-house astrologer for advice on the best diamond for you. Once done, choose the right one for you and flaunt the most timeless stone there is.